This German made 1 liter ceramic boot depicts traditional German scenes.  One side shows a man and woman in Bavarian clothing relaxing on a bench.  The woman knits while the man enjoys his pipe.  The reverse depicts a man telling a fraulein of the hunt, while his dog sits patiently by his side.  This brown/cream/cobalt blue finish color combination accents this detailed stoneware boot.  Features a 3D ceramic spur on the heel. 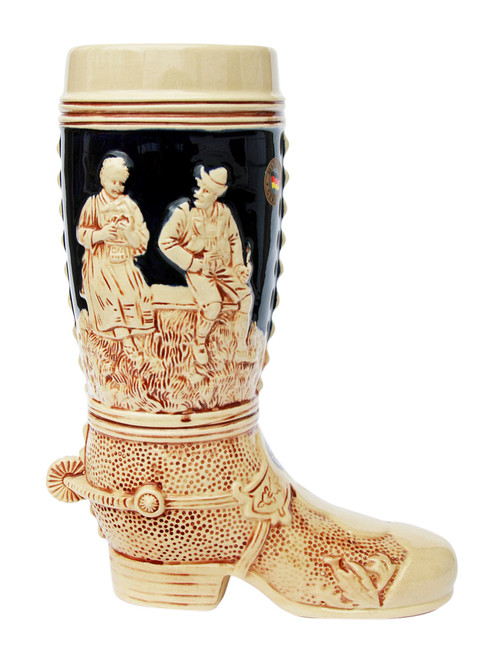