Symbolizing courage, valor, strength, bravery and royalty, the lion is the most famous symbol of Bavaria. Since approximately the 12th century, lions were used in signs and flags of the former ruling family, the Wittelsbach. 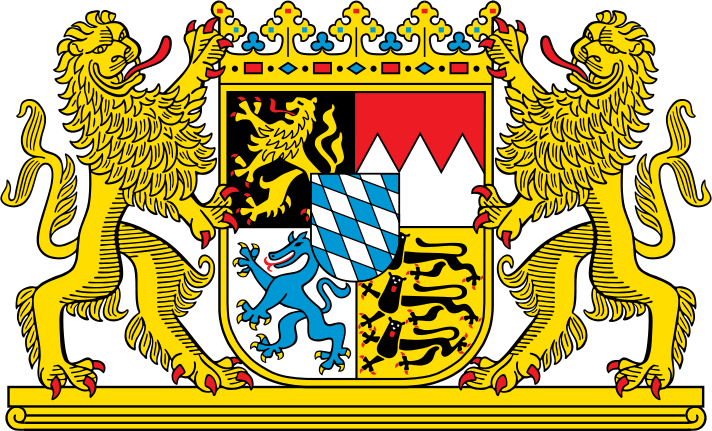 Coat of Arms of Bavaria

Over the years, the symbol has come to represent the entire area and can be found prominently throughout Bavaria, especially in the capital city, Munich. Munich was founded in 1158 by Henry the Lion, duke of Saxony and Bavaria. He was one of the most powerful German princes of his time. In 1255, Munich was chosen as the residence of the Wittelsbach family. Some of the most well-known lion statues can be found at their former palace, the Residenz. There are four lion statues guarding entrances. Traditionally, citizens and tourists rub the muzzle of the small lions on the shields for good luck. Lions are also represented on the Bavarian coat of arms, which was introduced in 1950. All of the symbols on the coat of arms are rooted in Bavarian history. The golden lion represents the district of the Upper Palatinate. It was originally the symbol of the Count Palatine at Rhein, and then the joint symbol of the Bavarian and Palatine Wittelsbach dynasties. There are also three black lions that represent the district of Swabia. Those lions were derived from the coat of arms of the Hohenstaufen dynasty, the former Dukes of Swabia.