Made in Germany by German artisans using traditional German methods and German clay; you’re literally holding a piece of Germany when you drink from a King Werk beer stein. Guaranteed authenticity and long lasting quality: King Werk steins are truly fit for a KING. 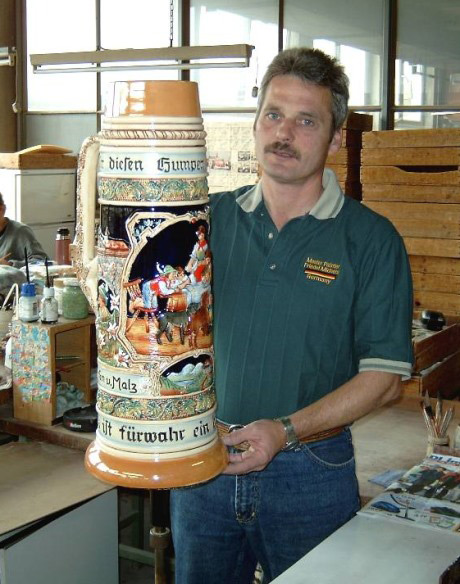 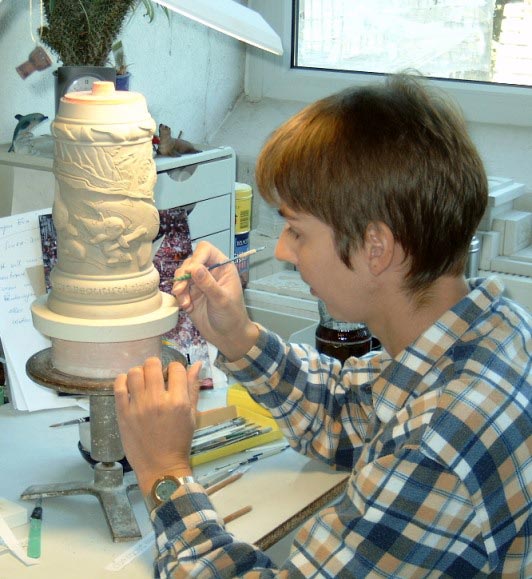 German Steins Hand Made by Craftsmen in the Historic Westerwald

King Werk is a German stein manufacturer located in the historic Westerwald, Germany’s Western forest. The area’s pottery tradition has its roots in the early first century potters. These individuals lived and worked by the Rhine river, near modern Koblenz, called Confluentia by the ancient Romans, and Limes, the famously fortified Roman border.

The King Werk stoneware beer stein factory is located in the city of Hohr-Grenzhausen, Westerwald, Germany.

For several decades, the steins produced by King Werk achieved the standard of “Keramik Internationaler Geltung,” which translates to "Ceramic of worldwide reputation." Forming an acronym from the first letters of the German phrase, King Werk created their trademark: "KING.” The steins they produce are truly unique pieces of a quality fit for a KING.

With generations’ worth of experience crafting the finest ceramic mugs, KING beer steins are produced to the highest standards. For the most part, the steins are designed based off of antique ceramic originals. The KING-Collection faithfully reproduces the look and tradition of old German, Bavarian, Austrian and Tyrolian steins. With a King Werk German beer stein in your hand, you’re holding an original, skillfully designed and produced product based on decades of history and tradition.

Look for the KING trademark to guarantee you have an authentic, hand painted, high quality German stein.

Buy Ceramic King Werk Beer Steins, All Made in Germany

Fortunately for stein and beer enthusiasts everywhere, German Steins has a massive selection of King Werk steins available for sale online. You don’t have to go all the way to Germany to get an original stein. Our selection includes:

With or without lids, heavily sculpted or simply designed, we have just the mug you need. Sip your favorite beer in style or show off to your German relatives. However you want to use it, a King Werk stein will not let you down.

Only 2,500 steins are added to the collection annually. These rare German beer steins come with a certificate of authenticity and an explanation of the scene depicted on the stein.

The mugs commonly display mythological figures, such as Minerva or Lohengren, and key characters in German history, like Hermann the German or King Barbarossa.

The King Werk beer stein depicting the Greek god Apollo is a great gift for those who love beer (it’s two liters!) and those who fancy classic motifs (the design dates to 1890).

The pieces in this collection are a must have for any enthusiastic collector of German drinkware!